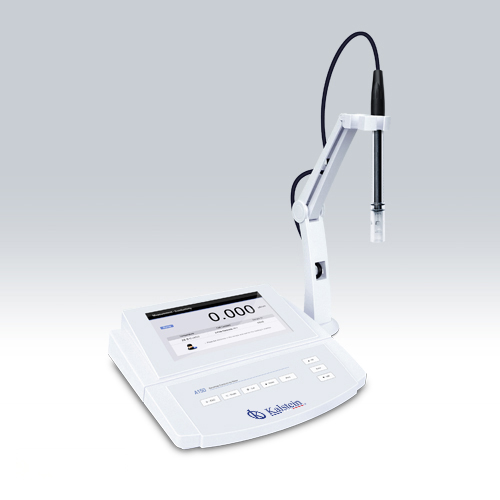 Oxygen meters are devices that use the amount of oxygen that is dissolved in or transported by a fluid, that is, a multi-capacity instrument for water quality inspection. Typically these equipment use two measuring scales: parts per million (ppm) or saturation percentage (%). Dissolved oxygen meters are used in the field and in laboratories.

This equipment is used to measure and control the oxygen content at the various points in the water circuit of steam boiler installations, in order to avoid metal corrosion caused by the oxidizing power of oxygen. Among other uses, there is the care of aquatic ecosystems and more, since one of its most important applications is fish farming, where the oxygen level must be continuously controlled to achieve optimum reproduction and avoid the mortality of fish caused by low oxygen levels.

What is dissolved oxygen?

Dissolved oxygen (DO) is the measure of the amount of oxygen that is distributed in a system. Measurement of dissolved oxygen is key in fermentation and cell culture to ensure optimal conditions for the cell, because low levels of oxygen concentration can affect growth rate, nutrient absorption, cell morphology and metabolism synthesis; this is equivalent to a decrease in the quality of the final product. This in the field of pharmacology.

How do dissolved oxygen meters work?

Dissolved oxygen meters currently generally use two types of dissolved oxygen sensors: electrochemical and optical. Optical sensors measure under the principle of extinction of fluorescence. A luminophore that is part of the membrane, is excited by the light of a blue LED, emitting in turn a red light. The oxygen dissolved in the sample turns off the excitation. In cases where oxygen is not present, the service life and signal are the best. The intensity and lifetime of luminescence are inversely proportional to the amount of oxygen present. Luminescence duration and intensity is measured with a photodetector and is used to calculate the concentration of dissolved oxygen.

While electrochemical sensors, possess a thin and permeable membrane isolates the elements of the water sensor. The oxygen that passes through the membrane is reduced by creating a current that the meter converts into a measurement of the oxygen concentration.

How should a dissolved oxygen meter be used?

Firstly, it is recommended to calibrate the equipment, once calibrated the instrument, it is ready for measurements of dissolved oxygen. Then slide the selector from DO/O2 to DO. Perform the salt % compensation of the probe, then the probe altitude compensation is performed. The probe is immersed at a depth of not less than 10 cm into the liquid to be measured so that the probe is influenced by the temperature and that automatic temperature compensation can be carried out.

To measure the content of dissolved oxygen in any liquid, simply immerse the instrument probe in the solution, ensuring that the contact speed between the liquid and the probe is 0.2-0.3 m/s and then shaking the probe a little so that the air bubbles leave the probe completely.

At Kalstein we are the highest quality MANUFACTURERS and we provide you with an excellent range of dissolved oxygen meters, equipment that will allow you to carry out a reliable and accurate oxygen analysis in all measuring ranges from trace oxygen to high oxygen concentrations and for all conditions. This time we present you our Dissolved Oxygen Meter Desktop YR01832, equipped with a 7 inch TFT screen, stores up to 1000 data sets, the configuration menu contains 17 options, precision: 0.2mg / l.

previousWhat tests are performed in a pathology laboratory?

nextWhat are the benefits of using an infusion pump?