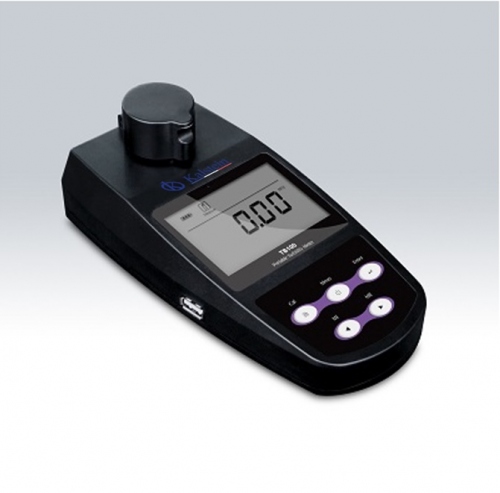 A turbidimeter is a laboratory device used to measure suspended particles in a liquid, that is, to measure their degree of turbidity. This instrument is designed for both field and laboratory measurements, and its use is of great importance in the pharmaceutical industries, food industry, paper industry, wastewater treatment plants and drinking water.

The turbidimeter has the ability to measure both the light intensity transmission and its dispersion. This quality is of utmost importance for liquids with intense colors and for high turbidity samples.

Turbidity is the measure of the opacity or nebulosity of a liquid. Turbidity is caused by particles of different sizes and which generate an opaque appearance in the sample, and will be higher as there is a greater proportion of solids not dissolved in the fluid.

How does a turbidimeter work?

A turbidimeter is an instrument that allows us to determine how cloudy a liquid is, that is, it determines its turbidity. This is done by means of an optical analysis that allows you to measure the particles in suspension in a liquid. For the use of a light source and a light detector (photocell) fixed at a right angle to the original beam.

The light source is a lens that focuses and conducts the beam of light through the liquid, and the photocell, a photoelectric device that can record a change in its resistance when it detects an increase in light — in other words, it detects and estimates the amount of light radiation that has been dispersed.

Turbidimeters work by measuring the suspended particles with a beam beam beam (source) and a light detector set to 90° of the original beam. The density of the particles is based on the light reflected by the particles suspended in the detector. The amount of reflected light for a given density of particles it’s going to depend on the properties that those particles have, such as their shape, color and reflectivity.

The latest turbidity measurement technology uses a laser to measure light dispersion at 90° and 360° around the sample, offering high optical accuracy, with fast results and greater reliability of equipment.

According to how the light source is geometrically arranged, the turbidimeter will have different characteristics. According to the light reflected by the particles towards the photocell, it is estimated what their density is.  The turbidity unit commonly used by turbidymeters is the NTU (nephelometric turbidity unit), and can have a measurement range ranging from 0 to 2000 NTU in the most modern equipment.

What turbidity measuring equipment do we offer you in Kalstein?

In Kalstein we present you the table turbidity meter YR01842, which has the following characteristics, which make it a very precise and easy to use equipment:

Remember that in Kalstein we are MANUFACTURERS of laboratory equipment and make available the best turbidity meters to the best PRICES on the market. So we invite you to take a look HERE