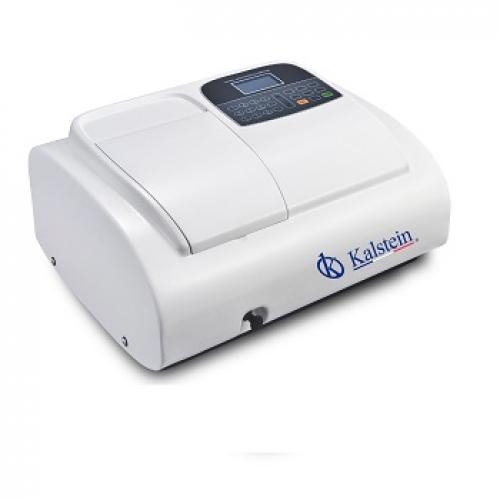 The spectrophotometer is a piece of equipment frequently used in laboratories. It is a device that measures the intensity of the light absorbed when passing through a solution, it is used to determine which is the beam of electromagnetic radiation or light, and thus identify, qualify and quantify how its energy is; in addition to allowing to identify its efficiency, sensitivity, resolution and spectral range. So, basically it serves to know what the concentration of the substance in a solution is and thus it can be analyzed under the quantitative approach.

Its regular use is to quantify microorganisms and substances in laboratories where research is carried out. However, it can be used in any area in which quantitative analysis is carried out, among which we can name biochemistry, physics, biology, mathematics and chemical engineering, clinical, industrial, and any area that works with chemicals.

How does the spectrophotometer work?

Its operation is based on the light of the special lamp it has, which is guided by means of a connector that selects and separates the light from the wavelength, and then passes through a sample. The intensity of the light that comes out of that sample is compared with the intensity of the light that fell on that sample, and it is with this information that the transmittance is calculated, which will depend on the concentration of the substance.

In summary, its operation is about illuminating a sample with white light, and then calculating how much is the amount of light that is reflected through a series of wavelength intervals

According to its light beam:

Characteristics of a spectrophotometer

The spectrophotometer strengthens the information that a sample can contain about its nature. And it collaborates with diagnoses as well as in different chemical investigations.

At Kalstein we are MANUFACTURERS and we offer quality products at the best PRICE on the market. Visit us on our website, in the products section.

previousTypes of microscopes for laboratory and field